The guitars of 2ND and Sherry Brenner 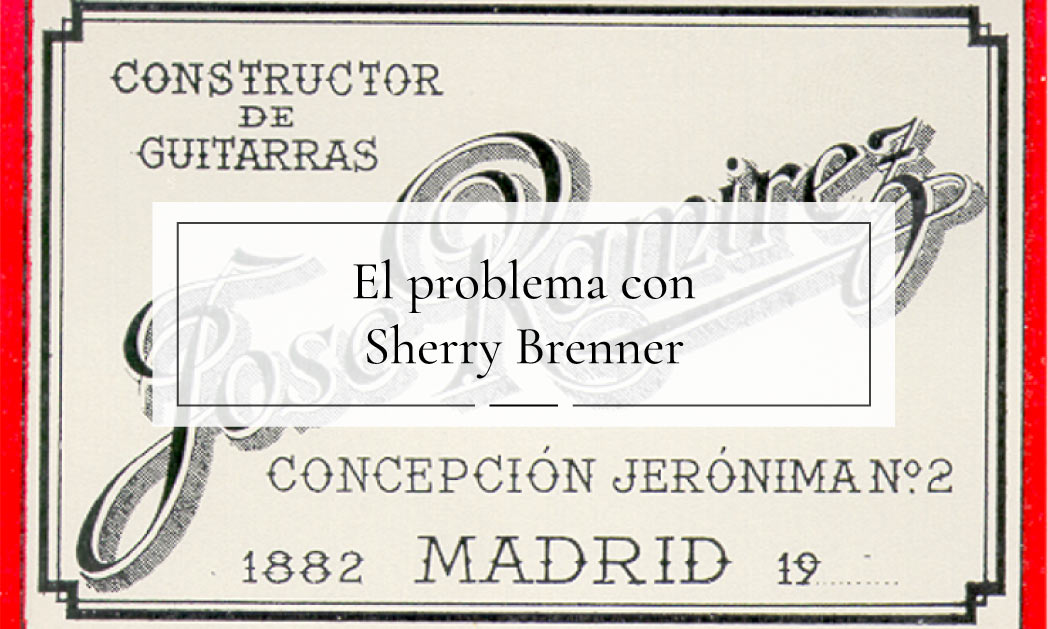 Between the 1950s and the 1970s, my father, José Ramírez III, bought large quantities of wood in logs and, very especially, of Brazilian rosewood, which, when cut, was selected from among the first (1st) quality cuts and those that, for not complying with the aesthetic parameters of the time, were separated as second (2nd) quality. These 2nd cuts were stored and only used for 2nd guitars (known as 2A) whose price was lower than 1st guitars (known as 1A).

My father granted the exclusive distribution in the United States to Sherry Brenner between 1967 and 1977. Knowing about the existence of those cuts of Brazilian rosewood that were used to build 2nd class guitars, he made numerous orders for these instruments. The label was light grey in colour, with a red border and a large 2 traced in a delicate white outline on the background and, in the lower right part, the 2nd class was noted. To make it clear.

The problem is that Sherry Brenner superimposed a small gold label on the lower right part covering the 2nd class, and also called those guitars as “Segovia model” when it was a classical guitar and “Sabicas model” when it was a flamenco. And apparently, he sold them claiming that they were better than the 1st class, according to the information that has been reaching us, at prices much higher than ours. Naturally, when my father found out about all this he immediately cancelled the exclusive distribution with him. This was in the year 1977 because in our archives, all his commissions from that year appear crossed out, cancelled by my father.

In some forums, they comment on something that different sources had already told us, and that is that Sherry Brenner possibly falsified our labels and put them on guitars that he ordered from Japan. Of course, I cannot guarantee that this was true, what I can absolutely affirm is that we have never made guitars in Japan and that, moreover, this type of guitar has been made exclusively in our workshop in an artisanal way. What is strange is the fact that from when he became our dealer until he went out of business, he has continued to sell our guitars. We are talking between 50 and 60 years. Honestly, I find it curious that he would have kept our guitars until the moment he closed his business in 2019.

I can’t think of anything else to add to what I’ve written so far, except that I’m glad he stopped selling our guitars. This gentleman has caused us much trouble and damage and I am sincerely glad to put an end to the confusion that he created in the United States market for more than five years.