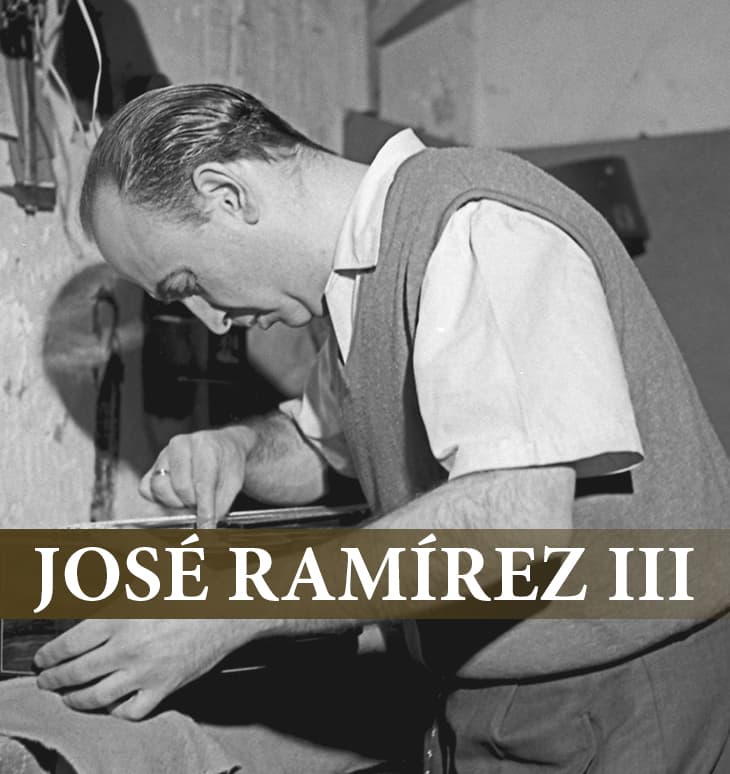 In May 1922, José Ramírez* Martínez was born. He started working in his father’s workshop at age 18; and although he did not enjoy any privileges, he was soon admitted as a first-class officer and soon began to experiment to continue developing the guitar as a concert instrument.

Due to the lack of materials, his research was not very profitable and they were the cause for several discussions with his father, since José Ramírez II sold his experiments without him being able to monitor his work as he would have liked to. In 1954, his brother Alfredo, who carried out administrative work and was also his best ally, passed away. He was convinced that, with his research work, José would achieve his goal. His many inquiries yielded interesting results; as was the discovery of red cedar for the soundboard in 65, which was later adopted by practically every guitar maker in the world (although at first it was widely criticized for going beyond the “tradition”). He also tried different varnishes; in the absence of a more consistent and rich varnish that not only protected the wood, but which also could favor the sound of the instrument; since at that time the guitars were still finished with shellac. Finally, he got a laboratory owner, who was sympathetic to his concerns, to develop a urea-formaldehyde-based varnish for him, which gave excellent results.

He did several tests with the string length, arriving at the one that gave him the best result in terms of sound projection, without being too uncomfortable: 664mm. However, there was also a demand for a shorter scale, so together with his son José Ramírez IV designed a guitar with a 650 mm scale.

That model was called C86, referring to its year of creation, 1986. Later, his son José Enrique, modified its design, keeping the string length of 650mm and changing the name of the model: Special model.

In 1983 he designed the Cámara guitar with the intention of eliminating the “wolf” notes. He gave quite positive results: greater cleanliness and clarity in his sound, making this guitar a good instrument for studio recordings.

Among his experiments and studies, it is an obligatory reference to dedicate a space to the 10-string guitar, designed by him at the beginning of the 60s. First he did some tests based on the “viola d’amore”, but when he did not obtain satisfactory results. he sought the collaboration of Narciso Yepes. He also developed the 8-string guitar with guitarist José Tomás.

He trained 31 guitar makers, including his son José Enrique and his daughter Amalia, as well as several officers who established themselves on their own and who obtained worldwide recognition, such as Paulino Bernabé, Manuel Contreras, Manuel Cáceres, among others. 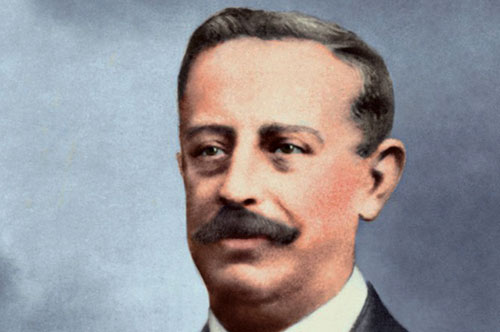 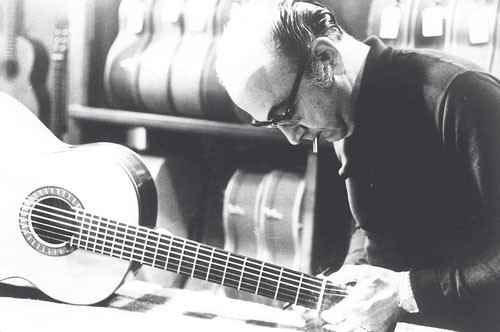 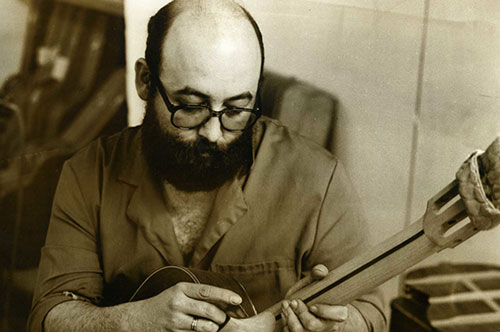