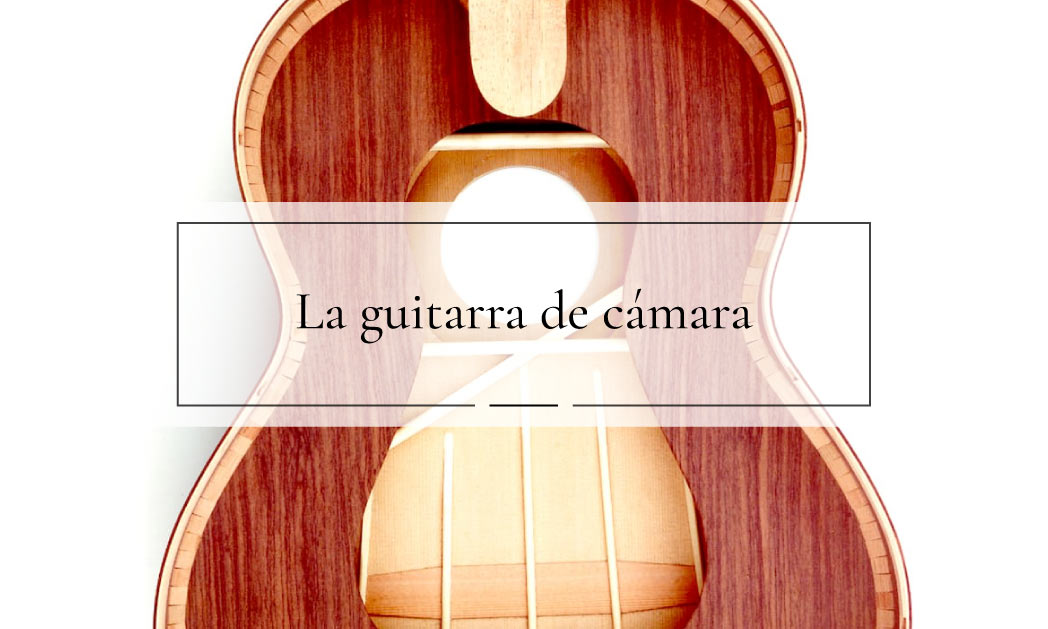 My father, José Ramírez III, was a restless spirit, always looking for new improvements for the sound of his guitars, and by always keeping that in mind it was not uncommon for him to come up with things inspired by everyday situations, turning every day into a quarry of discoveries.

This is how he developed the Cámara guitar.

How did you develop the Cámara Guitar of José Ramírez III?

He was shaving, as he did every day – when he still shaved – with the tap water running and the little doors of the washbasin cupboard wide open; when he went to close them he noticed the change in the sound of the running water, so he started to open and close them and, as he did so, the sound of the water became clearer, or more open, or more intimate, or many other variations that filled him with an imperious need to apply it to a guitar.

He experimented several times, installing a rosewood flange inside the guitar, glued with small blocks towards the middle of the sides, with a hole in the centre in the shape of the guitar’s contour, which in some cases was more expansive and in others narrower, looking for the ideal opening to achieve the best result. What I was looking for was a crisp, clean sound, still rich in harmonics in spite of everything.

Finally, after having maestro Segovia try out the different prototypes, he chose one as the option he liked the most, which he liked very much indeed, and he played that guitar in several of his concerts.

The result was not only the sharpness and clarity of sound I was looking for but also the particularity of separating the notes, despite the richness of harmonics, so that the Cámara guitar became a suitable instrument for recordings, as several guitarists noted.

At the beginning of 2000, I decided to do some tests using the same wood as the top on the flap. The one with the cedar camera and the top was sold immediately, while the one with the spruce camera and top remained for many months without anyone daring to buy it because it didn’t quite get its sound.

So I told the shop manager to spend at least half an hour every day playing it, knowing that the spruce takes a long time to respond and needs a lot of attention to give away its rich sound, as it likes to be begged. He did it reluctantly, as he didn’t like how it sounded, but after a week of playing it every day, he fell in love with that guitar to the point that he didn’t want to sell it. Anyway, it had to be sold, so he resigned himself to it, and in two days a guitarist enthusiastically took it.