How to change the strings of your guitar? 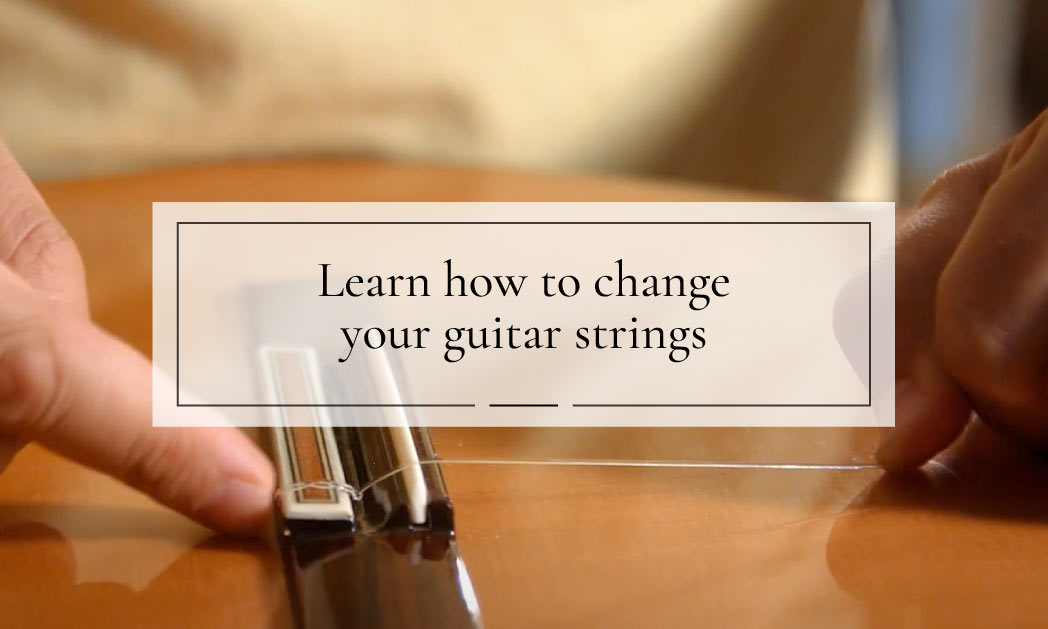 Changing the strings on your guitar is very important because the sound can be impaired as the strings wear out. It is therefore advisable to replace the strings before they break.

Would you like to know how to change the strings of your guitar in a simple way? Stay and read our article, we will show you the steps to follow!

How to change the strings of a guitar

Replacing the strings of your guitar is a very easy process, but you have to know how to do it correctly to avoid certain inconveniences.

To change all the strings of a guitar, the quickest method is to use the crank. With it, we will loosen the strings being very careful with the direction of the pins, as we could be doing the opposite and stressing the strings even more.

Then, we will use a guitar head support to hold it in place and a pair of wire cutters to cut the strings. We can also use an awl if necessary, especially on trebles, which tend to have more knots on the top.

After cutting them, we will have to remove all the old strings, both from the bridge of the guitar and from the headstock.

Next we will have to put the new strings on. To do this, slide the string through the hole in the bridge from the inside to the outside.

In this part it is important to emphasise that in the treble strings, especially in the first and second strings, we must make at least 3 turns. In this way, we prevent the dreaded slippage, which will occur when the string is not sufficiently gripped in the bridge part, jumping when we tighten it and causing damage to the top.

We are going to leave the tail of the rope as short as possible, so that it does not touch the lid and, when stretching the knot, we will try to trap it in the end part of the bridge and not on it.

Now that we have the lower part well tightened, we climb on top of the guitar and pass the string behind the roller, we pull it up through the hole and make 2 or 3 turns, depending on the thickness of the string.

Finally, tighten the peg until the string is taut.

In addition to this explanation, we offer you a video where you can see in detail how to change the strings of your guitar.