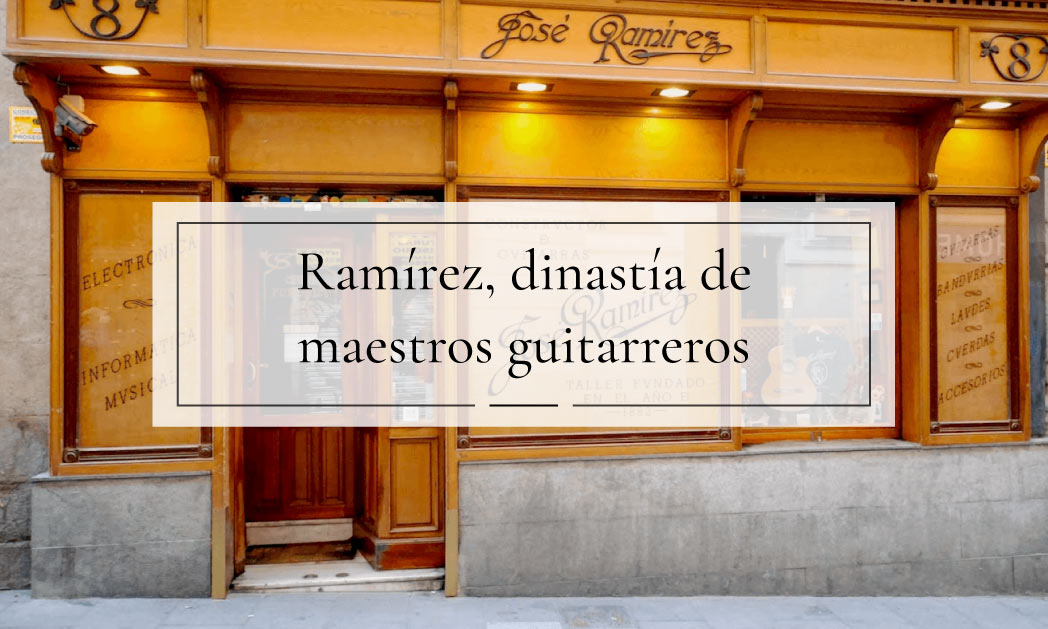 Many years ago, I had a strange dream in which, to make a long story short, Rank Xerox’s daughter had to take care of certain matters relating to her father. Of course, at the time, it did not occur to me that the trademark of a photocopier could be related to the repetition of a guitar makers’ trade name, nor that it was a premonitory dream because a few years later I joined my brother in the management and restructuring of our guitar shop.

The truth is that it has always amused me to refer to my ancestors as if they were kings: José Ramírez I, José Ramírez II, José Ramírez III, José Ramírez IV… and suddenly I arrive, breaking the sequence of Josés by introducing an Amalia, and what’s more, my nieces and nephews, Cristina and José Enrique, arrive, and things get even more complicated if we consider Manuel Ramírez, the younger brother of my great-grandfather José, as number II.

So what do we do? It occurs to me that, to make things easier, we could leave only the surname, putting the first name in brackets after it, so that we would be:

And although Cristina and Enrique represent the 5th generation, just as José Ramírez I and his brother Manuel were the 1st, my brother and I the 4th, in total we are 8 members of a line of direct transmission of a guitar-making tradition.

Well, it is a proposal that I think we can take into account and that may take hold.

In any case, going back to the idea of having to put a number on the back, as if we were kings, is amusing, but somehow it would be necessary to distinguish each member of 4 generations of people with the same name who followed a tradition through direct lineage. It is not arrogance, but practicality. I don’t even know if my proposal will succeed, as I know that my father will always be recognised as José Ramírez III, who made such a significant change in the history of the guitar.

But that’s where I leave it.