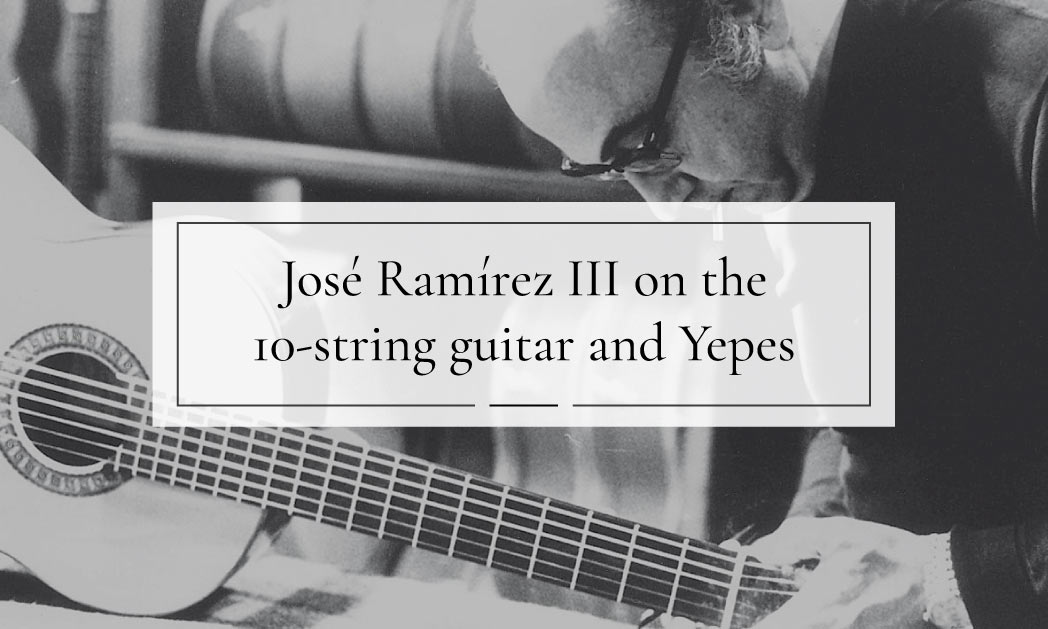 On 3 December 1988, the journalist Andrés Aberasturi interviewed the great Spanish musician Narciso Yepes in the programme Figura y paisaje. In this interview, José Ramírez III spoke about the 10-string guitar.

The 10-string guitar was a guitar developed by José Ramírez III with the collaboration of Narciso Yepes, who did not hesitate to try out all the tests that José carried out until he achieved the definitive model.

From minute 14:14 onwards you can listen to José Ramírez III talking about Narciso Yepes and his relationship with him.

We also leave you here the transcript of what José Ramírez III said in the interview:

I met Narciso Yepes when he came to Madrid in 47. What I don’t know exactly is the circumstances, but it was around then that I met him. And my relationship with him has always been through the guitar, him as a performer and me as a builder. Narciso Yepes has been a very important person for me, because of his great interest in everything related to sound and study, because he is a tremendous scholar, who has helped me a lot to compare and check all the studies I have done and continue to do related to sound. He never really went into the pure technique of building an instrument, but he did provide me with a series of observations on the development of the sound wave, on its behaviour in spaces such as a theatre, open spaces and things of this type that have been enormously useful to me.