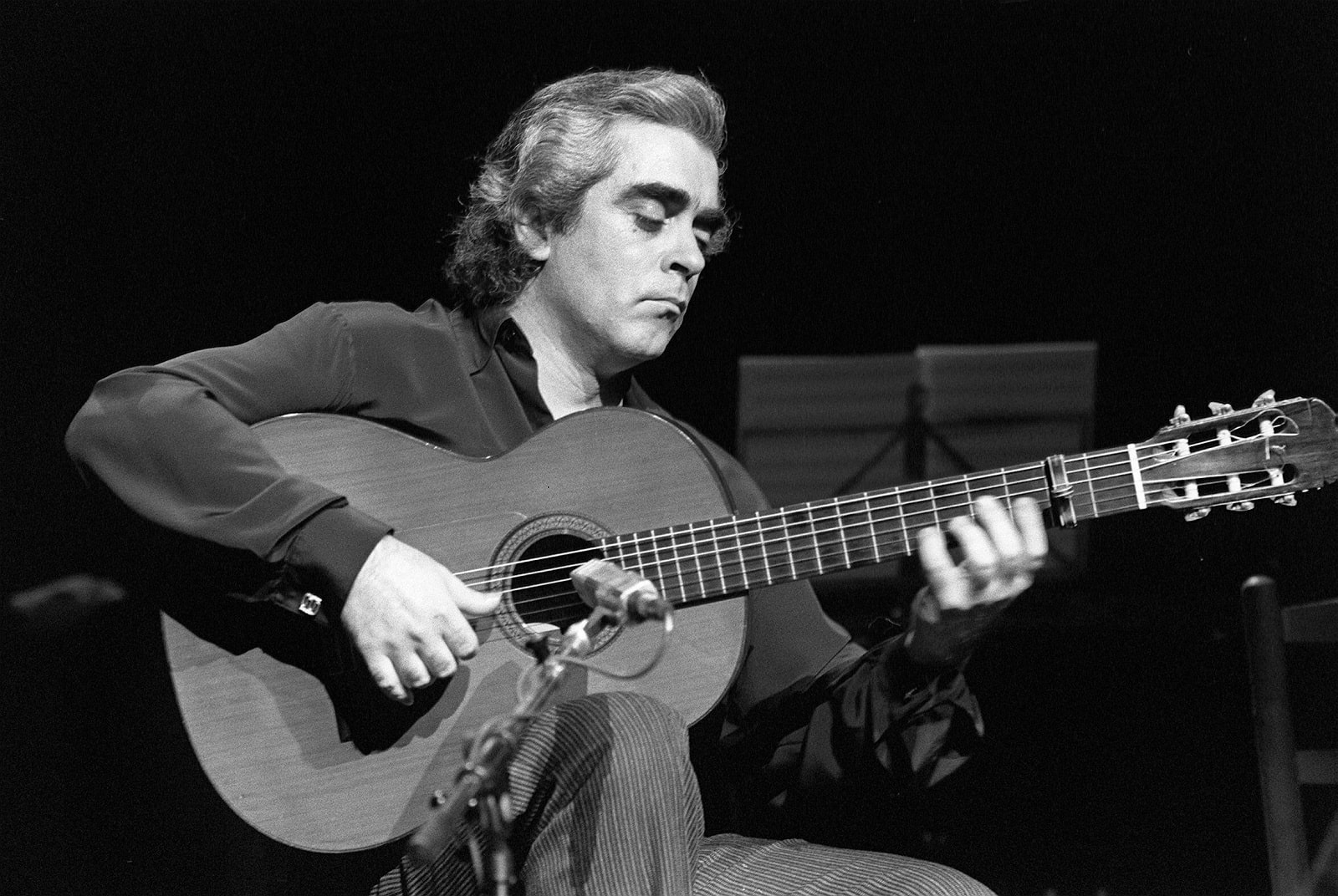 I was 11 or 12 years old the first time I heard Manolo Sanlúcar play, and although I was still a little girl, I had already learned to appreciate the talent, the art of a brilliant flamenco player of the stature of Manolo, because I had a good master, my father, who used to take my brother and me to the best tablaos in Madrid and on many occasions brought the fiesta flamenca home.

It was in Las Brujas. At the end of the show, he took us to a room where Manolo, still almost a child who seemed to be a little older than my brother, was waiting for us. He played for us for a time out of time, enveloping us in a space where nothing else in the world mattered, except listening to him and seeing him do magic with the strings of his guitar, showing a surprising mastery in someone of such a young age.

I remember that Manolo often used to go to the store at Concepción Jerónima 5, and he sat on a chair patiently waiting until my father arrived, and accompanied him to the basement floor, the sanctuary where the best guitars built in our workshop were exhibited, where my father examined and corrected them on his guitar bench. And there, Manolo spent the afternoons playing and enjoying himself while my father listened to him with admiration and the heartfelt respect he always professed for him.

For Manolo, my father chose a classic aflamencada guitar, black, long scale, which Manolo loved from the first moment and which was his inseparable companion until it was stolen, causing him such deep sadness that he never found any that could replace it.

The last time I saw Manolo was at the Festival de Córdoba, eating at the Caballo Rojo. We greeted each other with a hug and an affection that remained intact since those times, without knowing that, much to our regret, it was an unexpected goodbye. 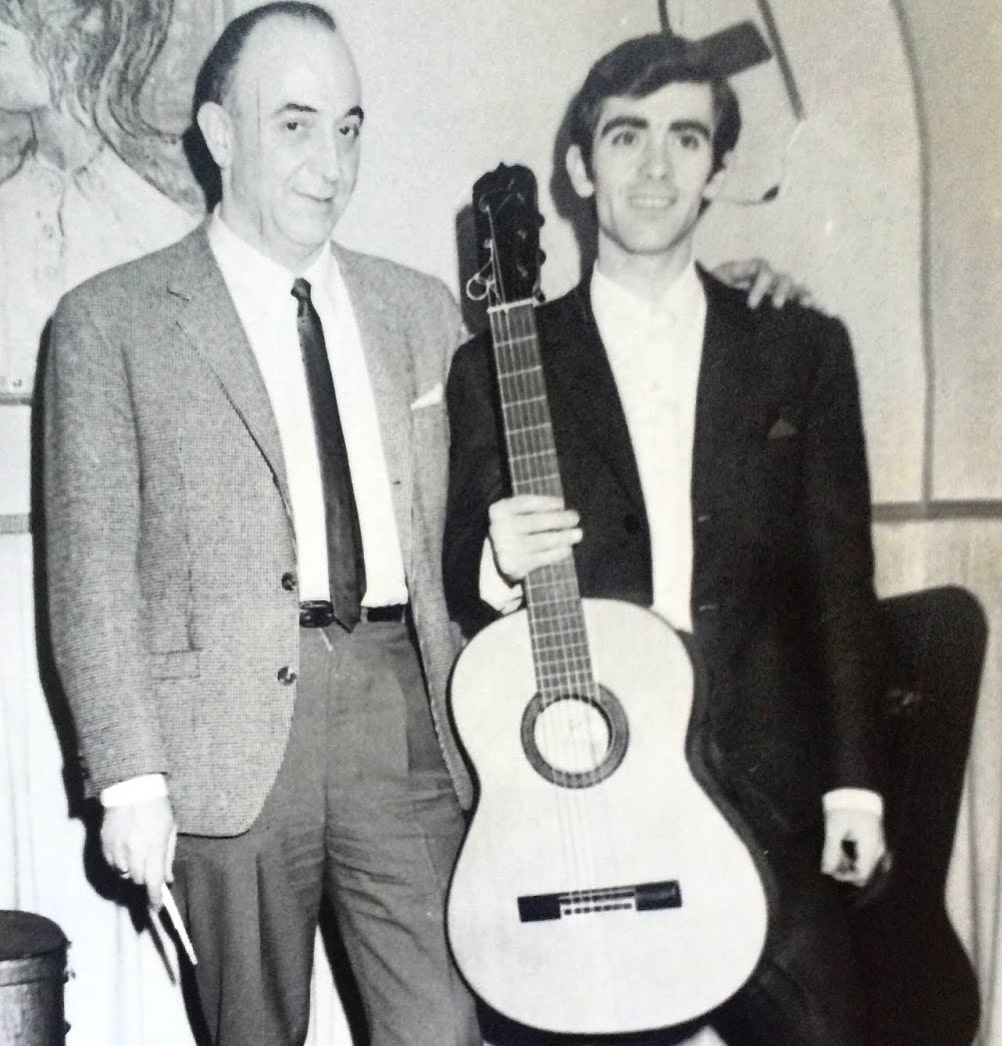