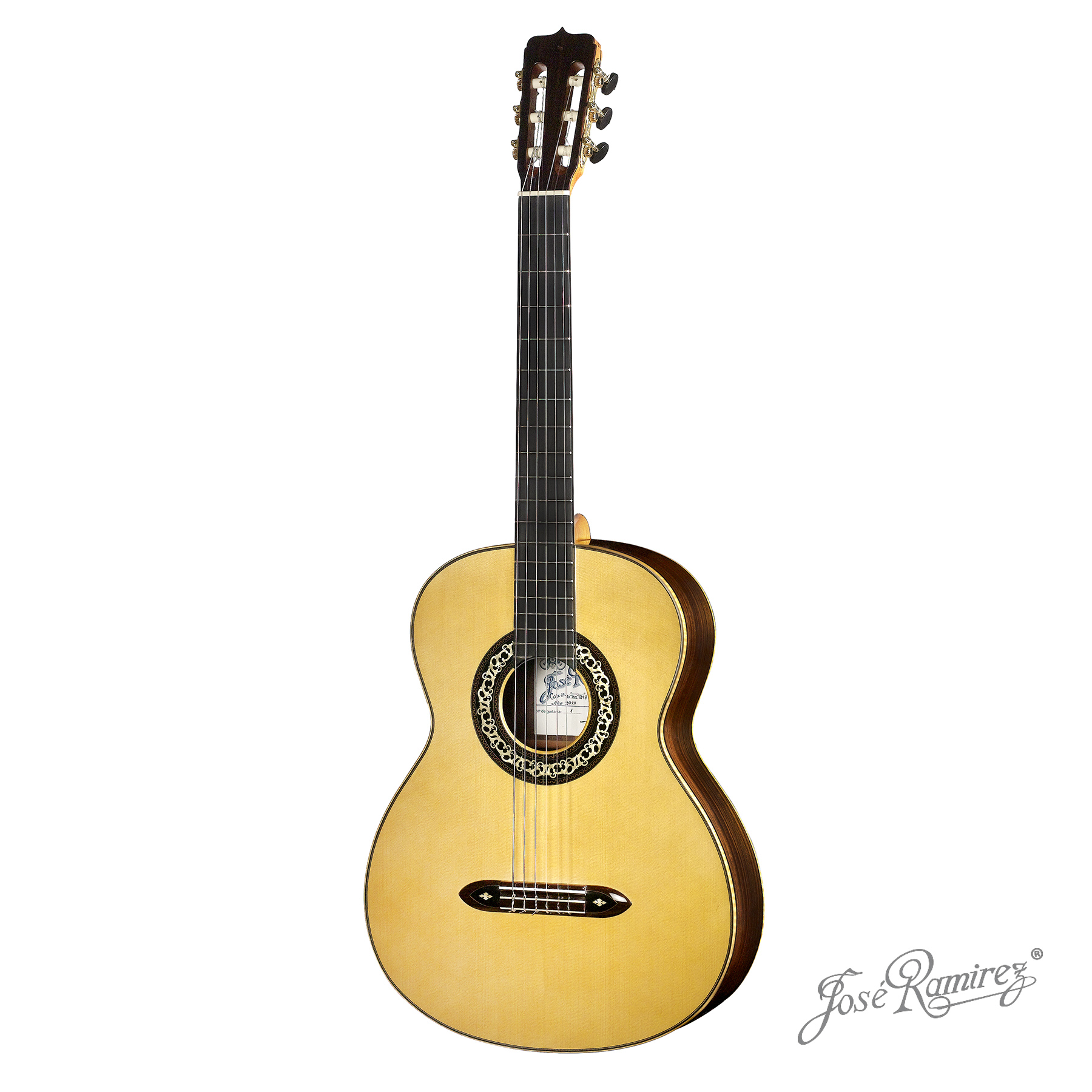 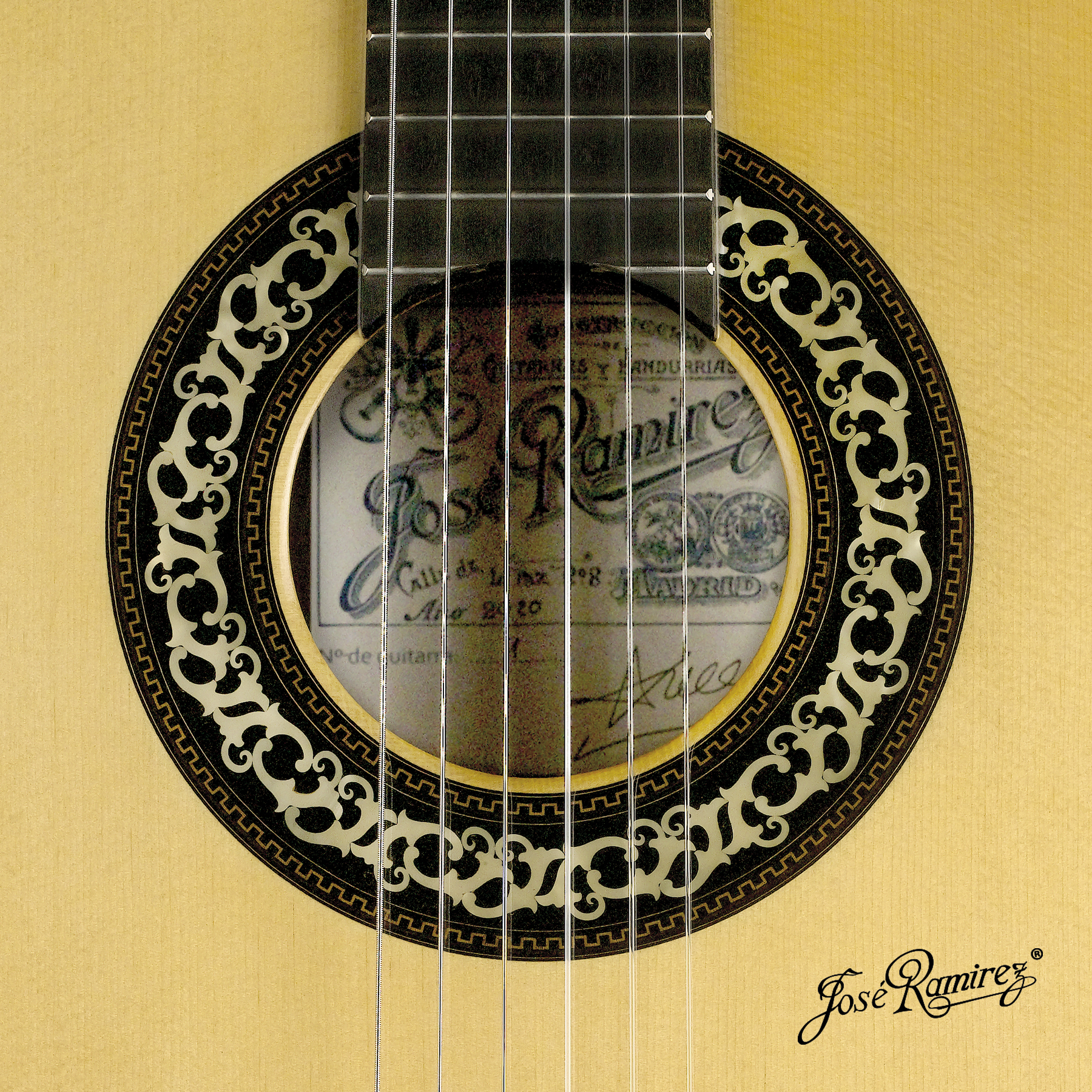 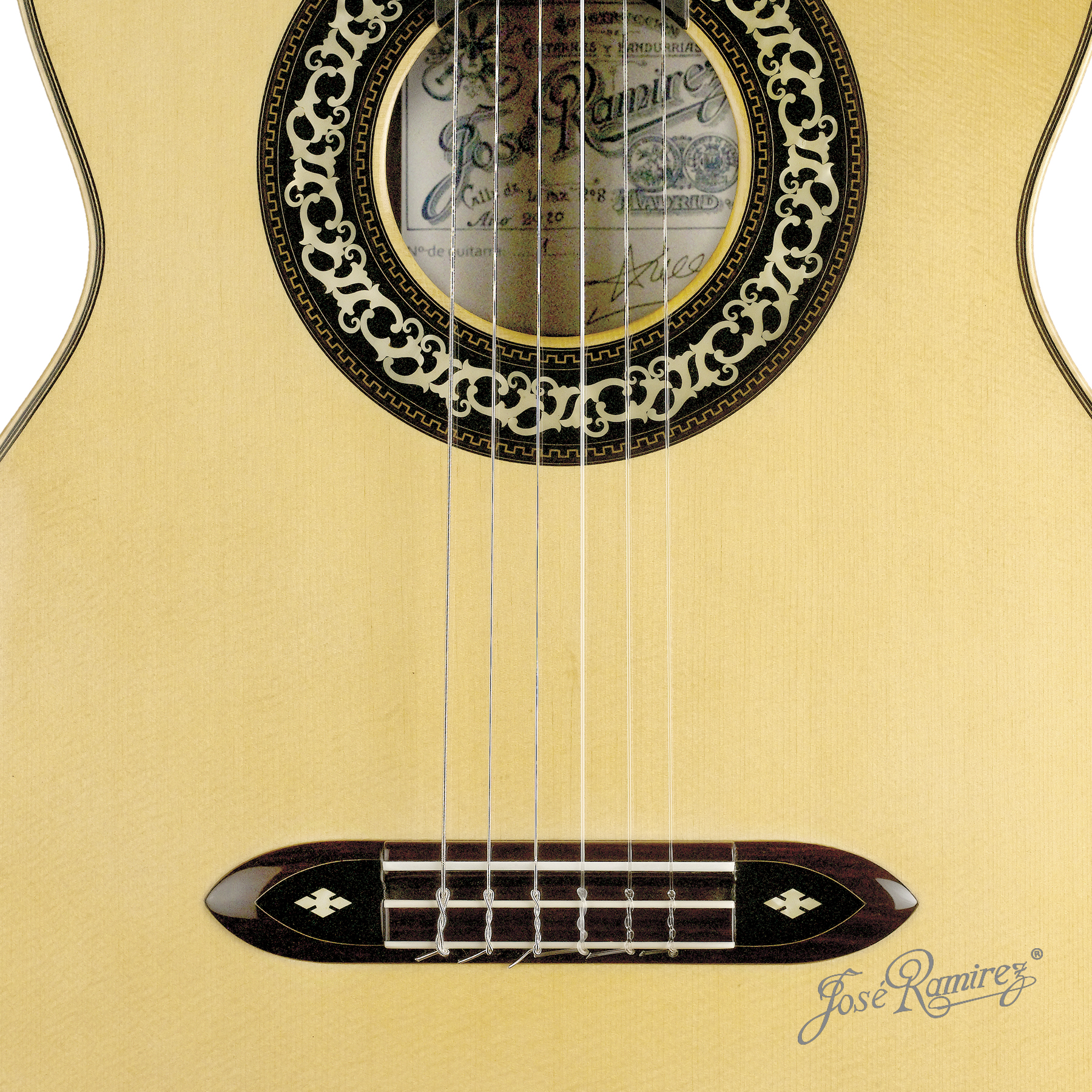 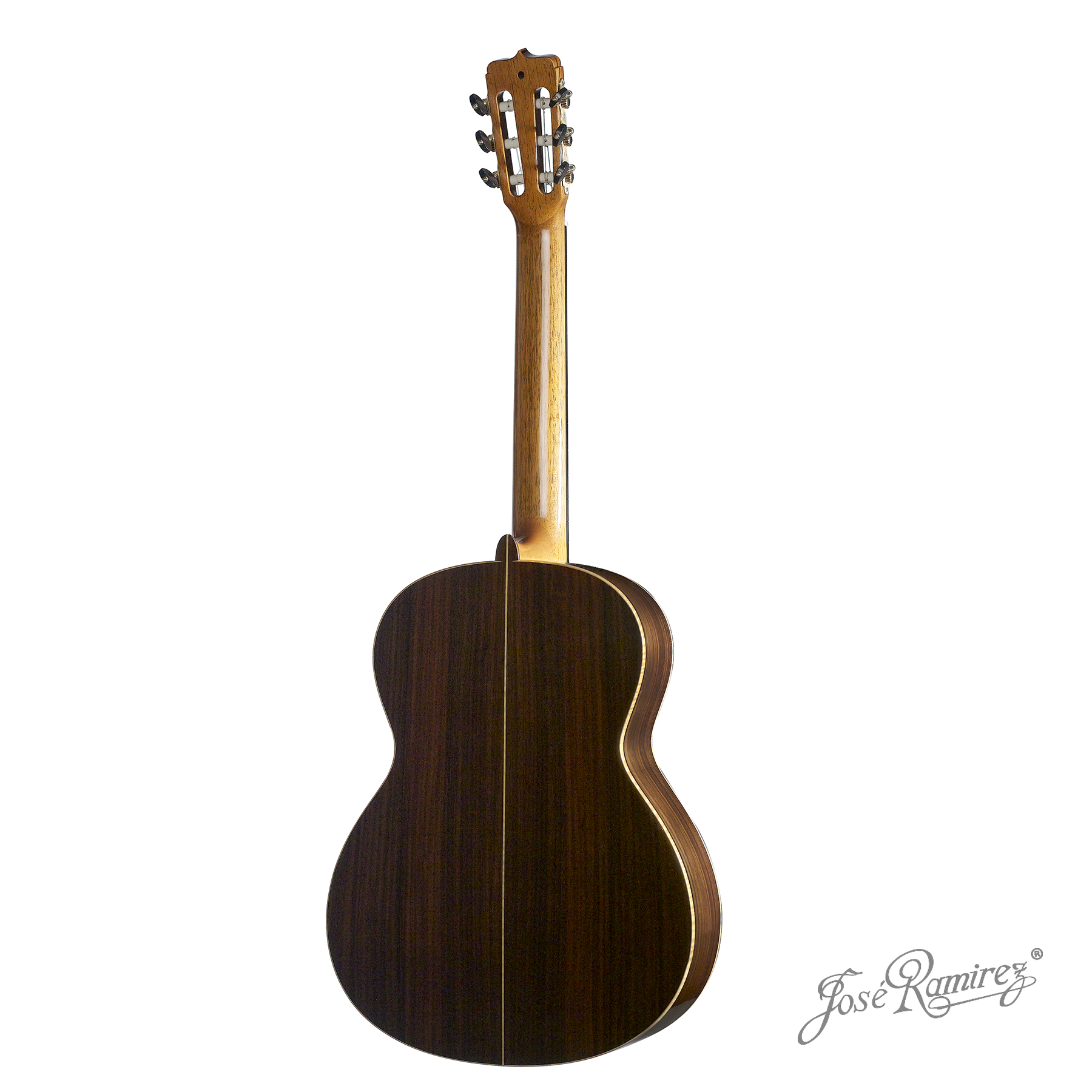 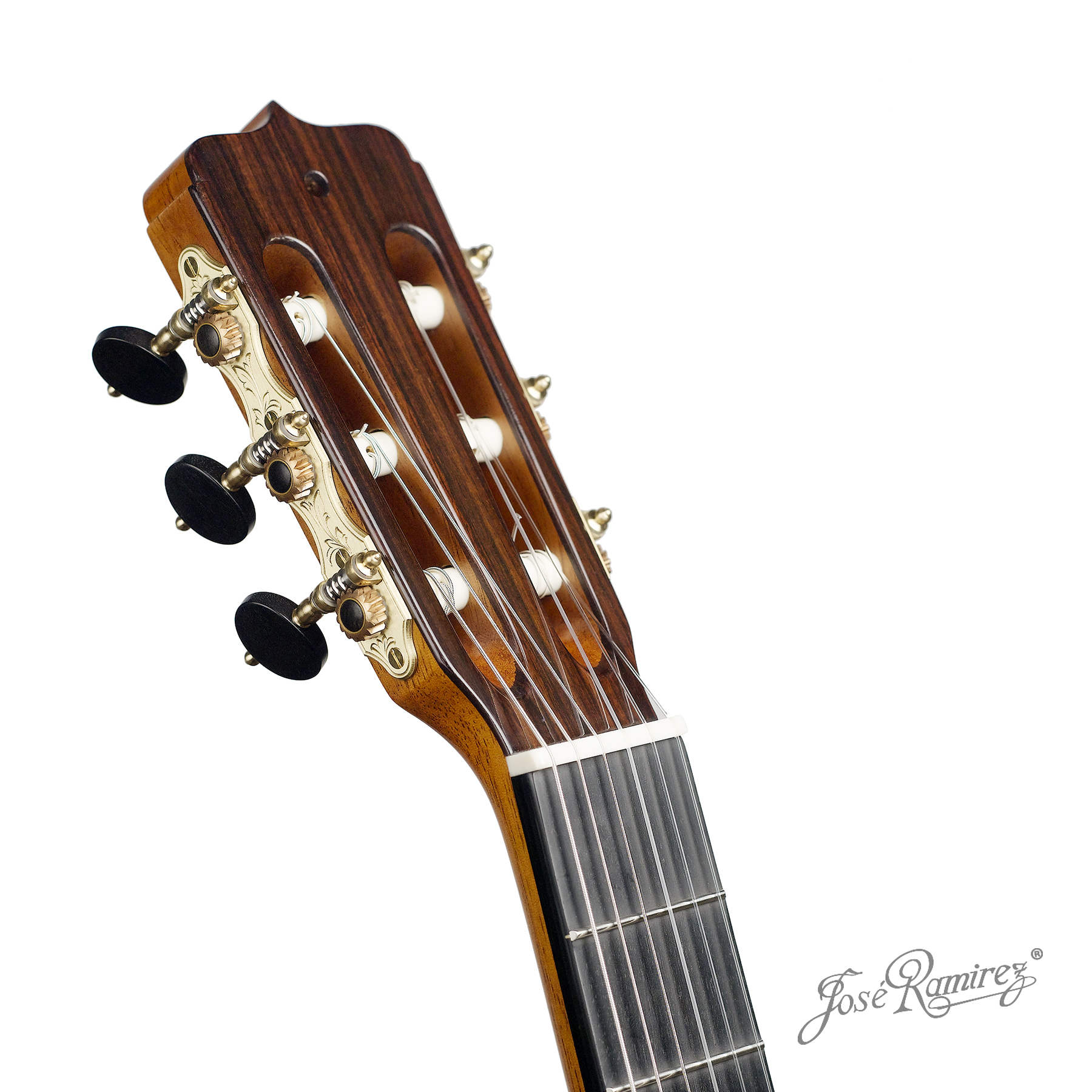 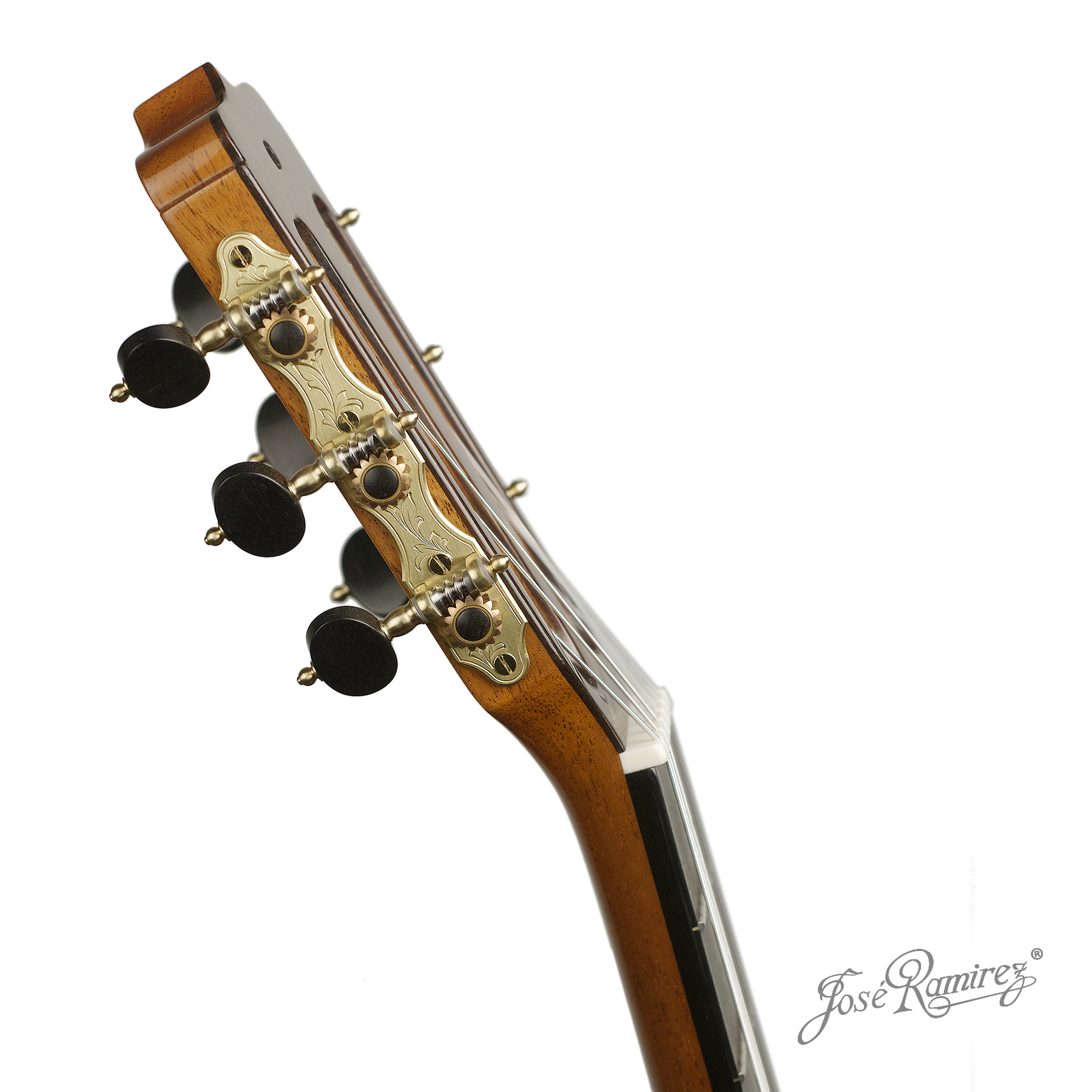 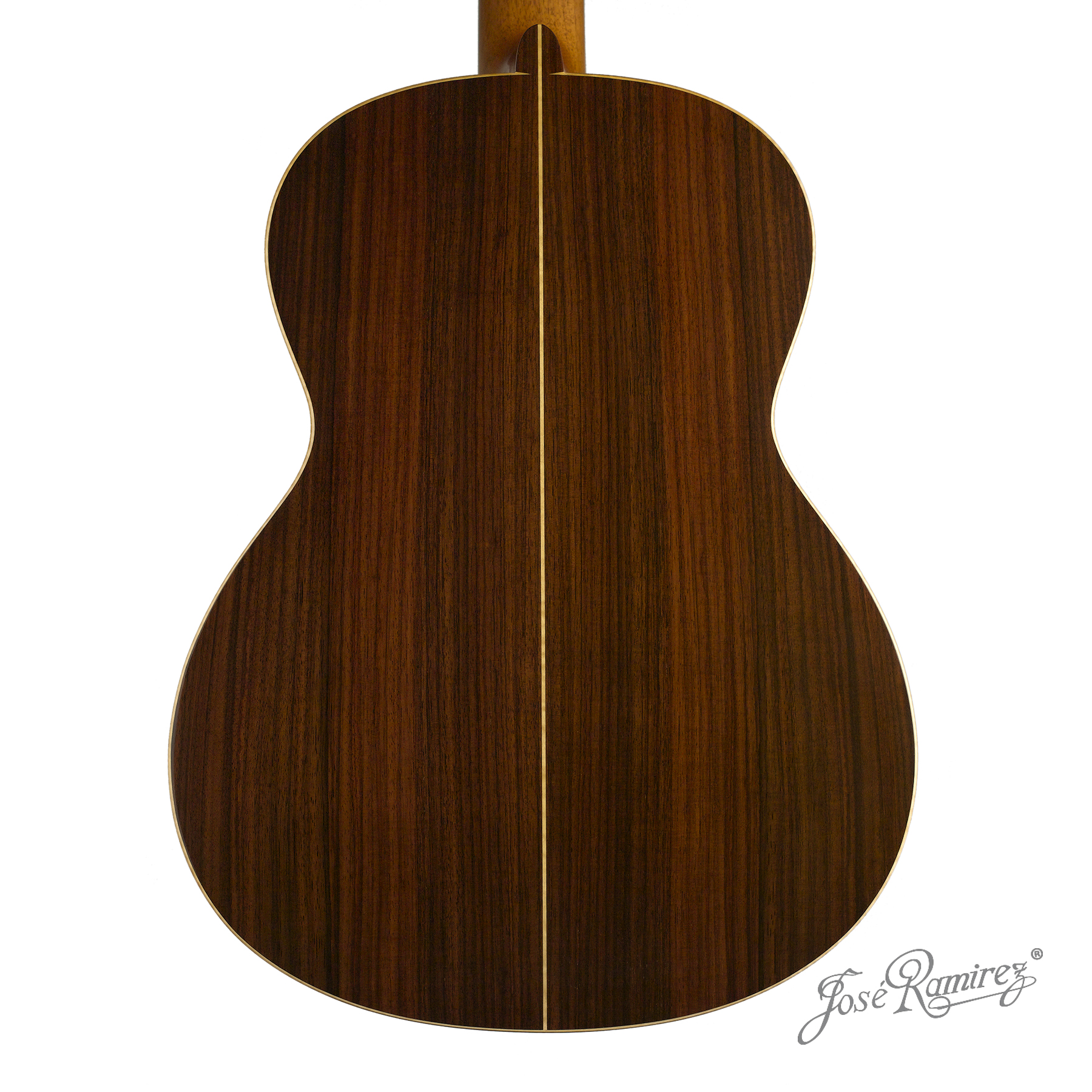 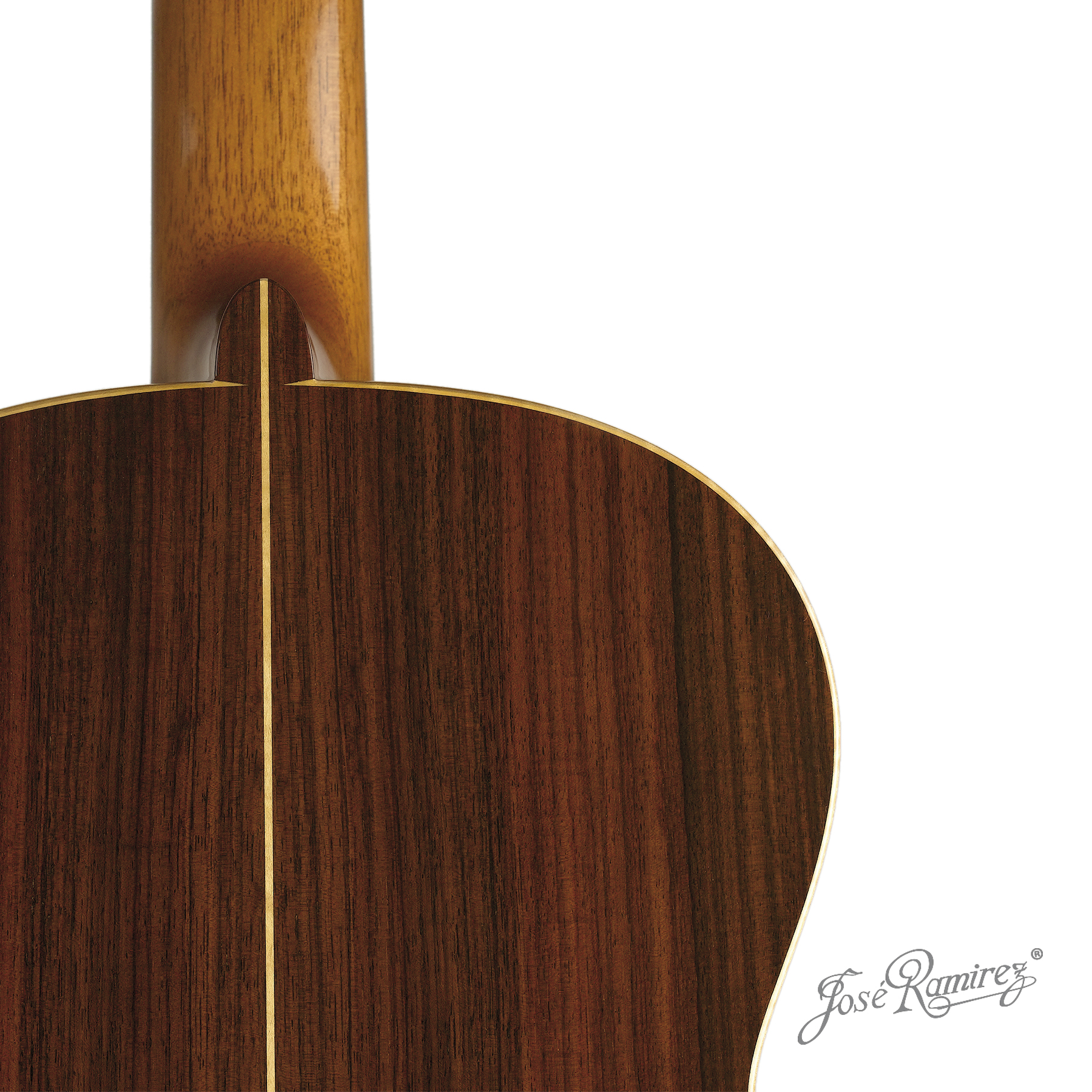 GUITAR MANGORÉ, REPLICA OF THE GUITAR OF JOSÉ RAMIREZ I THAT BELONGED TO AGUSTÍN BARRIOS

It was in 1911 when Carlos Trapani and Martín Borda y Pagola, mecenas of Agustín Barrios, Mangoré, gave him as a precious gift a guitar built by José Ramirez I. It is said that on a trip he made in Uruguay, the guitar fell to a stream, and Barrios rescued it from the water and when it dried up he continued playing it. There is another version according to which the guitar fell into a well, be that as it may, it did not discourage the artist because he continued playing it as if nothing had happened.

After going through several hands, this guitar was finally traced and acquired by Margarita Morselli, director of the Cabildo de Asunción, to enrich the heritage of the Paraguayan nation, which they exhibit as one of their most precious treasures at the Casa de la Música in Asunción, presiding over the entrance in an urn where every visitor is the first thing they see when entering the museum.

I had the honor of seeing this legendary guitar during my visit to Asunción in November 2014, when Luz Borja took me to the Casa de la Música to see it, which was very exciting for me, not only because it was the work of my great-grandfather, but for the added value that it had been played by a guitar genius like Agustín Barrios. I made that beloved guest trip to the first edition of the Guitar Forum held in Paraguay, and I offered to repair the flaws that the instrument had, respecting, of course, the dedication of Mangoré written on its cover, but Margarita Morselli did not get the indispensable permission to bring it to our workshop in Madrid as she would have liked.

Almost six years later we have reproduced that guitar using the templates of the original Tablao model designed at the beginning of the 20th century, corresponding to Barrios’ guitar. Of course we have not reproduced his dedication, as is natural, but the guitar is the same, with its spruce top and its rosewood back and sides and the intricate design of its mother-of-pearl rosette, as an initiative of my nephews Cristina and Enrique, being Enrique who built the first copy following the parameters of his great-great-grandfather, José Ramírez I.

Manuel Ramírez (Handcraft Guitars)This is a reissue of the guitar built by Manuel Ramírez in 1912 that belonged to Andrés Segovia and which is exhibited at the Metropolitan Museum of Art in New York. This guitar is famous for the anecdote that took place in Manuel's...
Read More

Romantica Guitar (Handcraft Guitars) Instrument shaped by José Ramírez III as a result of the investigations carried out through the samples of his historic guitars’ collection. He creates a new design with distinct influences from the past. Six-simple-string guitar,...
Read More

Elite Guitar (Handcraft Guitars) This model was conceived in order to satisfy the wishes of the many clients who asked for an instrument similar to the Centenario model, with the same ornamentation, beauty and woods selection, but at a more accessible price.  ...
Read More

Classical Plain Concert Guitar (Handcraft Guitars) The Plain Concert model is a guitar with simple construction that can be built in spruce or cedar. It is the first of all our artisan guitars, much more simple in its fan bracing and design. Its woods give voice to...
Read More

Flamenca Negra Guitar (Handcraft Guitars)José Ramírez I created the “Tablao Guitar” which was a breakthrough in the Flamenco Guitar world and afterwards developed by his younger brother and disciple Manuel Ramírez. Both of them were fundamental to achieve our...
Read More

Cutaway C86 CWE Guitar (Handcraft Guitars)This guitar was developed by Jose Ramirez III with the collaboration of his son José Ramírez IV, considering the new musical trends and needs of guitarists, and always looking for its comfort.These guitars are also available...
Read More

Tablao Flamenca Guitar (Handcraft Guitars) We have launched a reissue of the José Ramírez I’s “Guitarra de Tablao” based on his template and design, plus upgrading the details of construction, adapting them to current preferences relative to comfort and proportions....
Read More

Aniversario Guitar (Handcraft Guitars) A limited design created to celebrate the 125 years of this firm. We only built 125 guitars with 125 ornamentations in marquetry, one for each guitar, placed at the back of the headstock. DETAILS: -Sides and back in Madagascar...
Read More

Centenario Guitar (Handcraft Guitars) Guitar built in commemoration of the first century of the firm, founded in 1882. It is an instrument of very reduced production and only the finest woods chosen for its beauty are used in its construction. ADDITIONAL INFO: Special...
Read More

Traditional Vino Guitar (Handcraft Guitars) When we thought about the project we liked the idea of showing an image of Spain related to the Spanish Guitar and the Spanish Wine, both nationally and internationally. In fact, one of the few musical instruments in the...
Read More
We use our own and third party cookies to improve our services and show related advertising to your preferences by analyzing browsing habits. If you go on surfing, we will consider that you are accepting its use. You can change the settings or get more information here (Cookies Policy). Cookie settingsACCEPT
Privacy & Cookies Policy